Methodology of drawing up the LEAP document started with signing the Memorandum of Understanding by Partes Municipality and REC, after which the municipal assembly rendered a decision on preparing the document as a legal basis. Thereafter, based on the Mayor’s decision a Coordinating Body was established, headed by the Mayor, as well as working group composed of representative of all interested parties or parties of interest, starting from citizens themselves to representatives of municipal government and civil society. As foreseen by the Memorandum and by the project document, REC organized a training for members of the working group, in the form of a two-day workshop in Durres, Albania. After that, WG commenced developing a vision of the municipality and assessing the general condition of environment in Partes Municipality. The working group also formed thematic groups for as best as possible review and assessment of environment condition for thematic fields. To prepare a profile of the municipality various sources of information were used, from official documents such as the Municipal Development Plan, from Statistical Office of Kosovo, Hydro-meteorological Institute of Kosovo and the like. It is necessary to stress that MuSPP project, implemented by UN Habitat, has also helped a lot as a source of data, through their filed officer who was also a member of the working group. 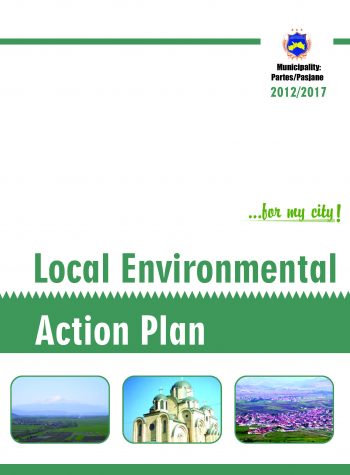